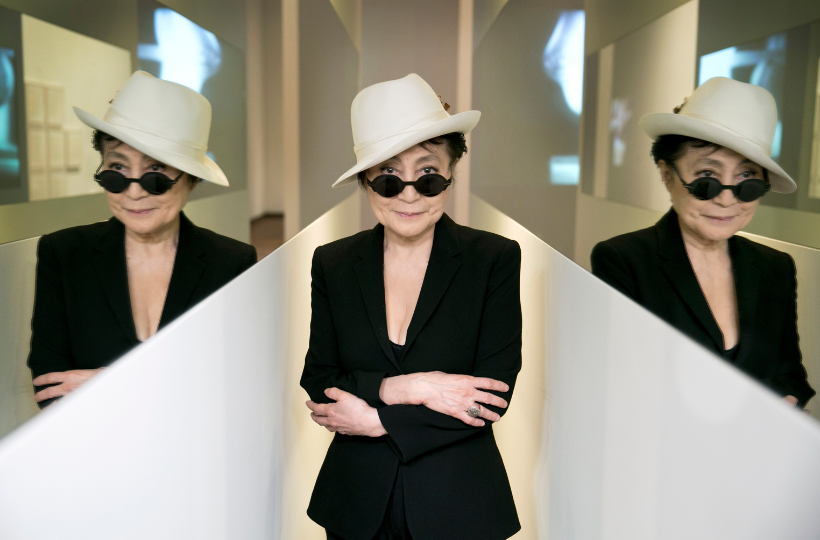 Kaunas, the European Capital of Culture for 2022 hosts the world-renowned conceptual artist Yoko Ono and her new exhibition 'The Learning Garden of Freedom' which launches on the 10th of September at Kaunas Picture Gallery.

The exhibition, which is one of Kaunas2022’s most important and ambitious events, is organised by the Contemporary Art Centre (Vilnius, Lithuania) in collaboration with the Serralves Museum of Contemporary Art (Porto, Portugal) and Yoko Ono’s own studio One (New York, US). Together with the Curator Jon Hendricks, Ono’s long-time friend, the exhibition explores in detail Ono’s work and reflects on the seriousness and playfulness of life as well as the power of imagination.

Her retrospective ‘The Learning Garden of Freedom’ revisits questions and methods that have been explored throughout her career, from ways of promoting peace, ‘Bed-in for peace’ and ‘Give Peace a Chance’, to the female body and women’s empowerment, ‘Cut piece’.  See below for footage of Ono's previous performances of 'Cut piece' and 'Bag piece' in 1966.

‍Her relationship with Kaunas-born George Mačiūnas’, the founder of the Fluxus movement and New York’s AG Gallery, helped Ono explore the meaning of art as well as question and incorporate sensitive subjects of the 60’s and 70’s into her art. This new way of thinking aligned perfectly with the Fluxus ideal of promoting ‘a revolutionary flood and tide in art, promoting living art, anti-art’.

It was during the 1960s that Ono began exploring with innovative painting and performances which led to her creating experiences where her audience were actively engaged in the artistic process, similar to Marina Abramovic. Both Abramovic and Ono were among the first to create performance art that allowed the audience to place themselves in a morally unedifying position.

Ono first created ‘Cut piece’, staged in 1964, by allowing the audience to cut the clothes of a young woman, creating the idea of a game of strip poker in which you always lose. Abramovic incorporated a similar idea in her famous ‘Rhythm 0’, first shown in 1974, in which she comprises seventy-two objects set out on a long table, asking the audience to do what they wanted to her body.

Ono’s ‘Ex It’ exhibition at the Bank of Lithuania ‍

The precursor to ‘The Learning Garden of Freedom’, ‘Ex it’, has been exhibited in Kaunas’ Bank of Lithuania building since January 2022, and illustrates similar utopian ideas. It offers a taste of her pacifist influences as the installation consists of 100 wooden coffins in different sizes with fruit trees growing out of them, and a sound recording of living nature. Ono explains it as, “Ex It is life as a continuation”.

Ono’s ideas are therefore a central component of her exhibitions, ranging from serious or playful to utopian or poetic, but often expressed through words and actions. However, as her work addresses political and social problems, the ideas are sometimes realised through objects, installations, or not at all.

To read more about Marina Abramovic and her Kaunas exhibition, visit: https://www.welcometoama.com/news/marina-abramovic-travels-to-kaunas

If you would be interested in discussing press trip opportunities to Kaunas in the coming months, please contact: malin@welcometoama.com