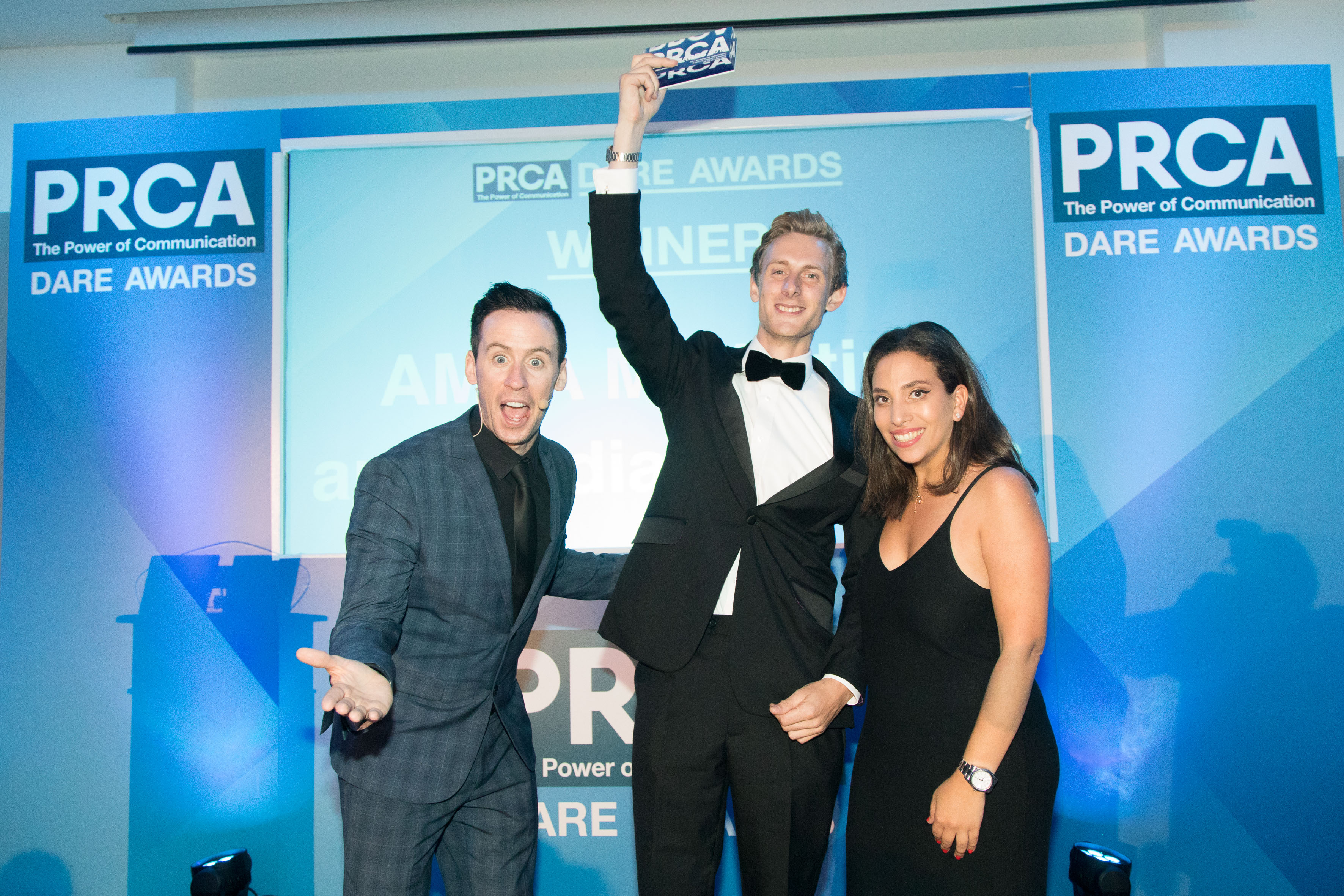 We’re delighted to have won the 'Campaign Challenges Award' at the PRCA Dare Awards 2018 for our work with the Paisley UK City of Culture 2021 - our second award win in quick succession for this campaign.

We’re particularly proud as the ‘Campaign Challenges' category included some of the UK’s biggest PR agencies and high-profile campaigns for the FA Cup and Sony. Here’s what the judges said:

“We were impressed by a smaller agency working on a huge bid, reaching a local, national and international audience. The campaign engaged people and brought big players to the fore. This was a strong strategy with excellent execution."

This is now award number two for the Paisley UK City of Culture 2021 campaign, which picked up the CIPR Excellence award for 'Arts, Culture or Sport Campaign 2018’ just last month. The campaign has also been nominated for two Scottish CIPR 'PRide’ awards with winners announced in October.

We were able to engage international media, secure A-list celebrity endorsement and take Paisley from serious underdogs to odds-on favourites with Ladbrokes in the days leading up to the announcement. The Paisley brand garnered 212,701,160 impressions from 2,483 pieces of coverage and visitors to the area rose by 25% in 2016 with 1.7 million visitors.