Working on Paisley’s bid for UK City of Culture 2021 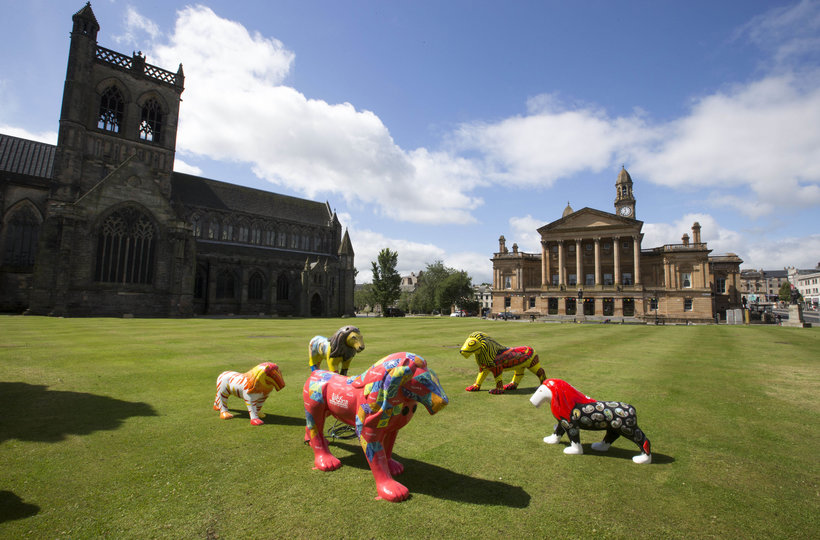 We’ve had a hugely successful year supporting Paisley in their bid to become the UK City of Culture 2021. With the winner officially being announced on Thursday the 7th of December, we thought we’d take the opportunity to look back at one of our most challenging and rewarding clients to date.

Our work has resulted in over 500 million 'opportunities to see' the Paisley 2021 brand across print, digital & social media. We've hosted The New York Times, The Guardian, The Financial Times and many other including the largest newspapers in The Netherlands and Ireland. We've engaged Hollywood A-listers, politicians and creatives.

Here's how we did it:

The brief was to establish Paisley as a destination with a uniquely rich history and cultural heritage, a town with a passionate and creative local community and a very real contender for the title of City of Culture 2021.

During the period September 2016 - June 2017 we were successful in securing coverage in the UK's leading national media including The Financial Times, The Times, The New Statesman and The Huffington Post. We organised high profile interviews with bid leader Jean Cameron in The Guardian and The Independent, while Country and Town House interviewed Paisley-born designer Pam Hogg. The BBC’s new ‘designed’ section even charted the history of the Paisley Pattern.

In February local film maker Morgan Spence created a unique Lego recreation of Paisley's bid. We utilised this to generate coverage in The Guardian, BBC Daily Politics and BBC News amongst others. Even Hollywood A-list actor Gerard Butler tweeted his support!

In March, The New York Times exposed Paisley's City of Culture bid to a global audience.

In July Paisley was announced as one of the final five contenders, and our focus shifted to telling the story of Paisley to international audiences. We also wanted to ensure as much coverage as possible during November - a crucial stage of the bid. In October and November the following publications printed pieces on Paisley:

- The Guardian (online and print)

Visitors to Renfrewshire rose by 25% in 2016 with 1.7 million visitors. Renfrewshire increased its visitors at a faster rate than other areas within the Glasgow region. Paisley’s UK City of Culture 2021 campaign took awareness of what the area has to offer to new levels – with a media reach of 277 million people.