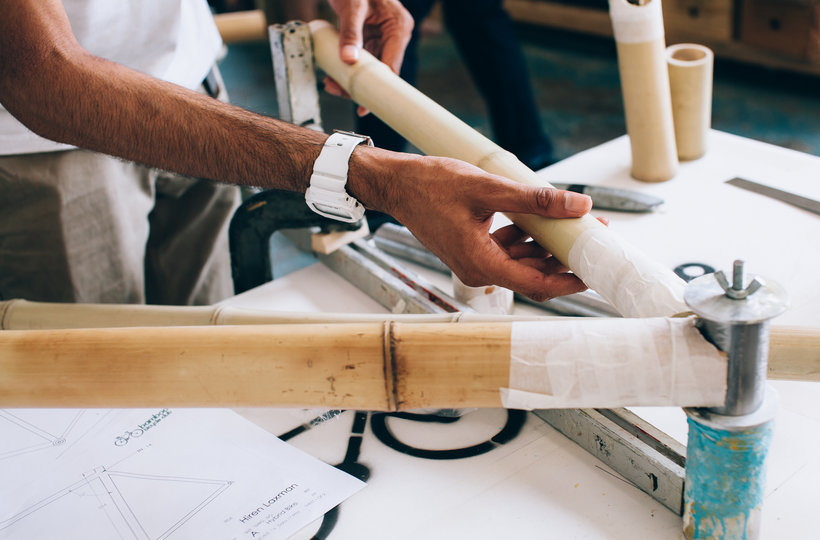 Our Autumn Yard Studios in East London’s Hackney Wick is a melting pot of creativity!  Team AM+A has worked alongside a number of small businesses and university students with a shared passion for sustainable design, technology and education to fund, plan and execute an event for the Future Bike.

This exclusive three-day event at Design Museum London will culminate in the construction of the world’s first ever 3D printed bamboo bike on 9th -10th April 2016.

The key to this project’s success over the past few months has been the collaborative effort with the Autumn Yard Collective. Team AM+A secured media coverage and took over the Bamboo Bicycle Club Twitter account in the lead up to the event.

In addition, the Autumn Yard Collective as a whole raised over £12,000 through a Kickstarter funding page. Incentives included a Bamboo Bicycle t-shirt and the opportunity to own the world’s first aero bike, helping the group secure to over 55 backers. Additionally, East London University architecture students have used their fresh ideas to develop and prefabricate the installation for the Future Bike on campus.

You can see the university students in action on Friday afternoon, 8th April for the setup of the prefabricated bicycle workshop of the future.The festivities continue into Saturday 9th April when Founder of Bamboo Bicycle Club, James Marr, begins work live on the Future Bike, which was developed with Oxford Brookes University.

Saturday will see a 3D printer make the components for the bicycle, and bamboo will be used for the frame such as the jig, front triangle and rear triangle. On Sunday, 10th April bicycle components will be added and remaining parts adjusted before the Future Bike is ridden along the River Thames at 4:00pm.

This event is part of a larger exhibition at Design Museum London’s Cycle Revolution, which is currently displaying Bamboo Bicycle Club’s Aero Bike.