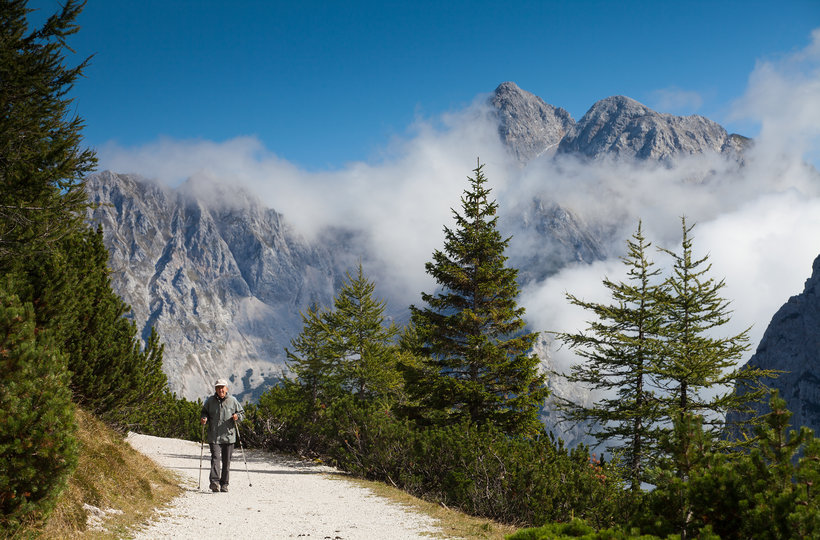 2017 was yet another busy year for AM+A with national and international PR campaigns, product launches, group trips for the world's top influencers and much more. Here are just ten of our highlights from the past 12 months.

2017 kicked off with a group of seven globally recognised travel vloggers (including the mighty Fun For Louis) visiting Slovenia to experience the destination's top attractions as part of a 'Live the Adventure' crew group road trip.

Paisley has emerged as a key contender for UK City of Culture 2021. We’ve been working closely with the bid team throughout 2017 to highlight the destination’s rich cultural heritage, beautiful architecture and passionate local creatives.

We secured coverage in the UK’s leading national media including The Financial Times, The Times, The New Statesman and The Huffington Post. We were also able to organise interviews with bid leader Jean Cameron in national publications including The Guardian and The Independent, while the BBC’s new ‘designed’ section charted the history of the Paisley Pattern.

In July the destination was announced as one of the final five contenders, and our focus shifted to international publications. We organised press visits for The New York Times, De Telegraaf (Holland’s largest daily newspaper), Chinese Weekly and Ireland’s largest newspaper, the Sunday Independent - focusing on key local attractions and proximity to Glasgow.

2017 marked the 200th anniversary of the death of Jane Austen, one of Britain’s most beloved authors.

AM+A provided creative content and managed the advertising campaign which exposed the Alpe Adria brand to a monthly audience of 172,523 via TGO Magazine’s multiple channels. The team secured 12 adverts, which included 4 pages of advertorial written by AM+A, and the Alpe Adria trail featured in every magazine between June and January. Advertising included a two-month website takeover with banners and gifs, inclusion in e-newsletter sent to 14,939 contacts and over 30 social media posts distributed via the TGO’s channels. Additional adverts were also included in Outdoor Fitness magazine.

July 2017, the arrival and official launch of the UK’s first affordable emotorbike the Super Soco. AM+A assisted with the launch of their new bike while also managing online social media.

AM+A carried out an initial product launch to media with a release published in 20 media outlets and then organised trials for leading national newspapers and other media including The Guardian, The Daily Mail, Stuff Magazine, CityAM, BBC Focus and The Daily Telegraph. CityAM stated it was going to ‘save the world’.

We used this year’s World Travel Market to launch api-tourism in Slovenia to the media. The aim was to communicate Slovenia’s rich beekeeping heritage and bee-related adventures to journalists and influencers.

Activity revolved around a media breakfast event at the Slovenia WTM stand. Journalists were provided with honey-based products and a competition was run to guarantee attendance by influential journalists and editors. We secured publicity before and after the event in trade press, securing interviews for Slovenia’s Head of UK Tourism Board and emphasising api-tourism as a key campaign for 2018. We’ve also secured a select number of api-tourism related articles in key publications such as The Metro, The Daily Telegraph and The Guardian in the run up to 2018 and the Year of the Bee, which we will utilise as a key announcement for the press.

In March AM+A worked with Boyne Valley on a Group Press Project to raise awareness for the area’s rich culture heritage and put the destination on the map.

The AM+A team recruited a group of some of the UK’s most influential travel media: Lonely Planet, Rough Guides, The Guardian and The Scotsman newspaper. AM+A worked with transport contacts to secure free flights along with establishing excellent working relationships with Boyne Valley’s local businesses to showcase the best of the area.

The media coverage from the trip was estimated to reach 26,964,892 article views online with a total advertising value equivalent of £44,000. Over 20 tweets and 20 Instagram posts were created along with three live videos by Lonely Planet and a further video after the trip, resulting in the Boyne Valley brand being exposed to an audience of over 5 million.

AM+A had a busy year assisting clients with sponsorship opportunities and brand collaborations. We successfully negotiated for TAXIAPP to be the key sponsor of Maureen Lipman's West end theatre play 'The Knowledge'. This included free advertising on all theatre tickets (print & digital), branding within the theatre space and 3 pages of advertorial in the show’s programme. National newspapers including the FT and the Guardian reviewed the play, contributing to a brand reach of over 50,000 new drivers and potential customers.

A month later AM+A successfully negotiated TAXIAPP as the official transport partner for the London Build Exhibition in Olympia. Branding was placed on the show maps and on the show’s website, with signage at the show’s entrance and a stand in a prime location at the exhibition itself. With 300 stands and an average daily footfall of over 30,000 this successfully built our client's databases and increased app downloads.

Each year the Porthcawl Elvis Festival is one of the biggest events in the destination’s cultural calendar, bringing together thousands of Elvis aficionados from across the world.

This year we secured a feature with the Independent - both in print and online (complete with a video filmed during the event). This piece was also published on the Yahoo! website. The event was also mentioned in numerous national titles including The Guardian, The People and The Sunday Mirror. The press release prepared by AM+A was used to inform large features in the Western Mail, South Wales Echo and other regional titles. Combined this print coverage was worth well over £100,000 AVE.

10. A year of international coverage

A year of creative ideas, unique anniversaries and strong campaigns helped us continue to put our clients in the international spotlight. We've helped expose our clients to billions across the globe and publications that have picked up our stories include: The New York Times, The LA Times, The Washington Post, Canada's Globe and Mail, CNN, BBC Worldwide, The New Zealand Herald, The Sydney Herald, Chinese Weekly, De Telegraaf, De Volkrant and the Irish Independent. We've also secured coverage in a variety of in-flight magazines ranging from BA Highlife to Korean Air.